How Does Snapchat IPO Make Any Sense? Professor Mike Wade

The shares of Snap will start to trade on the US markets today. The IPO price of $17 per share values the company at about $24B. Based on interest in the shares (they were ten times over-subscribed), the value of the shares, and the company, are likely to rise substantially during the day.

Does this make any sense?

On the ‘yes’ side, the price per regular user is in line with recent deals. Snapchat has about 300 million regular monthly users, about half of whom interact with the app on a daily basis. Thus, at $25B, that’s about $100 per regular user. Microsoft paid a similar price for LinkedIn last year. Facebook paid a little less per active user for WhatsApp in 2014, but it was in the same range. Unilever paid substantially more per user of Dollar Shave Club in 2016. Of course, all users are not alike, and Snapchat is extremely popular with the 13-24 crowd, and thus attractive to many advertisers. Plus, its base in North America and Europe gives it plenty of room for global expansion.

The ‘no’ side also has some strong points. When evaluated on traditional financial metrics, such as revenue (about $500m) and profit (are you joking?), the company shouldn’t be valued anything close to where it is. Plus, growth rates appear to be slowing. Competitors, like Facebook with its copycat Instagram Stories, Google, We Chat, and others, are one imitation away from stealing Snapchat’s notoriously fickle and disloyal youth audience. More disturbingly, Snapchat’s main competitors have other lines of profitable business that they can use to subsidize their attacks on Snapchat. By contrast, Snapchat, at least today, is a one-trick pony.

My biggest concern, however, is with the service itself. People use Snapchat because it is disposable – send it and it disappears. It operates with the attention span of today’s youth, i.e. none at all. Snapchat is popular largely because it is simple and fast – a quick social hit. Users don’t need to scroll though masses of irrelevant updates and holiday pics to get to the really interesting stuff. This makes the service fun to use, but it is a disaster for advertisers. People don’t go to Snapchat to search for information (like Google) to find a job (like LinkedIn), to deeply engage with friends (like Facebook), or to buy stuff (like Amazon and Alibaba). Its medium, much like Twitter, is inherently poorly designed to support advertising, and beyond this, there are no obvious sources of revenue or profit.

Would I invest in Snapchat? That depends. If I was looking for a satisfying quick hit (like I might do when receiving a Snap), then yes. If I were thinking about anything more than a few months, then no.

Michael Wade is IMD Professor of Innovation and Strategy and Cisco Chair in Digital Business Transformation.
at 9:26:00 AM 1 comment:

Email ThisBlogThis!Share to TwitterShare to FacebookShare to Pinterest
Labels: GUESTS 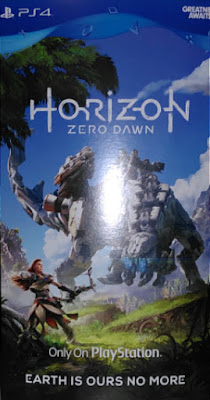 Description: "Earth is Ours No More" A thousand years from now machines roam the land and mankind is no longer the dominant species. A young hunter embarks on a journey to discover her destiny. Explore a beautiful lush open world- Overcome overwhelming odds at every step- Discover ancient Mysteries-
(Hit the arrow down to link to YouTube