BEFORE YOU SIGN YOUR NEXT SMART PHONE CONTRACT: DON'T BE FOOLED


Read the fine print and don’t sigh -- a sigh of relief -- just yet because you’ve put your phone number and address on the FCC Do Not Call or Do Not Send lists. Indeed a generous offer, but, most of the incessant number of calls coming into our smart phone cannot all be traced by the FCC.  Scammers are usually one step ahead.   But I've got some news too.

I found out, even your carrier cannot successfully weed out ALL the chaf from the wheat -- when it comes to unwanted calls. Carrier are more in the business of  sales and commissions, so be one step ahead. INFORMED.


Scammers: What is new? And what can you do about it?

There was one app (I found out later), hiding in plain site, but, it would take some time to discover it, without the help of big phone carrier business.  I refer to   the app to ‘get rid of’ my  I-phone caller stalkers who have harassed me (and many of you). Do they get paid to keep calling to sell us some "scam?"  You can be somewhat pro-active, but, it's not 100% ... so, just don't answer, for openers!
For extra protection, I’ve added my name, address and phone number on the DO NOT CALL list, however, the same weird calls keep ringing off the hook, although a less frequently.  Once upon a time the calls came up to  5x a day..at the most inopportune times . 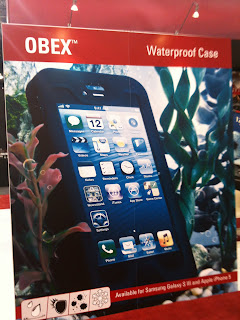 ATT,is a little behind on their “how to dump caller-stalkers” suggestion box (unless you want to pay them -- but they can't delete every single call!  Although like certain call blocker websites, once again, you'll pay for their service.  This may reduce calls to a minimum.

Recently I got an email from a friend about scammer area codes and how it MIGHT cost YOU .. read it on the ATT link below. You might be surprised . Yes, you can be billed, so be careful with unknown numbers.

Let's go to the cost of your device now and your monthly bills.

How much is too much for a "smart" phone?  Let us not be stupid and give away hard earned money.  Here's a tip before you sign that next contract.

Check a little further to see if the carrier hasn't got yet more fees upfront in that already bulky bill you're paying now . Maybe a little extra for the cool phone which comes in new colors and dazzles you .. extra extra extra .. read all about it .

Try this:  Our two phones, last year's models, have been switched by my wise son who saw an opportunity to save us phone bucks .. Net 10 now has us unlimited EVERYTHING, and, the cost you ask?  Try $85 for two phones -- no contracts with two still cool Apple I-phones purchased two years ago.  Got plenty of features for now for this writer. NOW, compare $85 vs $180 ..!!

Do your shopping folks .. you can save a bundle without a bundle.

Your carrier can sell the sky, but can they offer you any GOOD deals? Will your new "fancy" phone know who's who of scammers? No.  Will you salary go down as your carrier phone bill goes up? Yes .

Here are the options phone carriers and the FCC offers their consumers with smart phones: and cells need to know:
OK, time to call in the real expert,  the top device-surgeon  I know who gets me up to speed on my gadgets and the smart phone -- my son,  Casey Julian, an electronics consultant genius who attended  CES in January 2013 as an affiliate with me, the writer. His guidance was key to organizing this expedition into a compettve market of the latest technology and all the glamour and glitz your future wallet is ready to buy.


Did he have any  other suggestions to contribute to this article? YES, most of them.

Start by researching carrier companies offering the most bang for your "talk and media time" .. Get the best deal. for your family,  Net-10 runs off AT&amp;T, and it was the decision without a contract and the unlimited which got Casey to choose this carrier from Walmart, of all places.  Compare and research.

Casey stays ahead and checks all  electronics and gadgets deals. His customers know the Be "in the know" and save save save!

My next expert, whose article I found on CES’ LinkedIn pages, Andrew Burger, writes for Telecompetitor.  His artcle,  “Smart Phone Apps Save Money,”  confirms the plus in owning one. But you don't have to pay an arm and leg to buy one. Here is an excerpt:
·        The 97% of U.S. smartphone owners who make use of mobile apps are saving lots of time, and that translates into saving lots of money, according to a survey conducted by ClickSoftware.    U.S. smartphone owners who use mobile apps save up to 88 minutes per day, as much as 22 days’ worth of free time per year, according to reported survey results. That could yield as much as $12,000 in savings as compared to the average $174 smartphone owner surveyed paid for their devices, according to a press release.

In conclusion,  No fee monthly to reduce strange calls,  never have to worry about going over my limits on using internet, phone, or messaging and media.

Who knows?  Might just buy a new car this coming year with the savings from my new smart phone bill!

LINKS:
Are you a smart consumer who uses all the features your gadgets have to offer you?  Please write your comments below . What has been your experience?

https://www.ftccomplaintassistant.gov/FTC_Wizard.aspx?Lang=en#lastBEFORE YOU SIGN YOUR NEXT SMART PHONE CONTRACT: DON'T BE STUPID
at 3:16:00 PM No comments: