It's been inspiring to follow New Horizons spacecraft as it shared the most astonishing photos of Pluto.  Thanks NASA for the up to date information.  GO TEAM USA 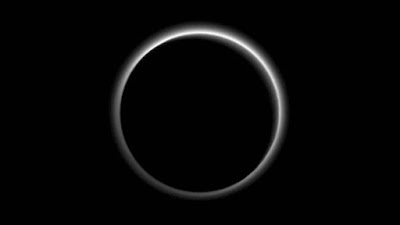 Carbon Monoxide in Pluto's Heart. Read about it on NASA's site -- keeping us      up-to- date on the news not covered often by our media. 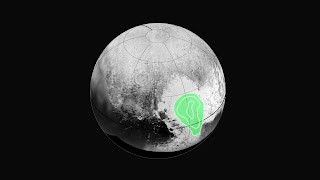 LINK TO IMAGE INFORMATION ABOVE
http://www.nasa.gov/image-feature/frozen-carbon-monoxide-in-pluto-s-heart

New Horizons Close-Up of Charon’s ‘Mountain in a Moat’ 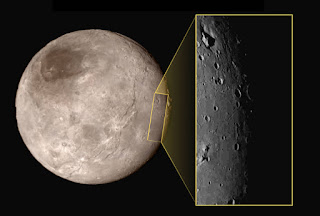 “This is a feature that has geologists stunned and stumped.”

Find out what a Mountain in a Moat means and why scientists are "stunned."

The latest photos and information on this monumental information.  See what the scientists say at the NASA's latest link.

Go to this latest link in order to get email updates from this NASA mission.  Or, just follow my blog.

Updated: July 14, 2015
It may take up to 2 weeks to get all of the footage back. Imagine New Horizons whizzing past Pluto at high speed..   Keep up on twitter's #plutoflyby . and/or NASA station and the  links from here.    This will be up a trickling down videos event ..  !


July 13th, 2015
It's going to be a big tomorrow morning, Tuesday, July 14th  as New Horizons reports back to earthlings what the surface of Pluto looks like -- the closest ever .. .. Find your place to view New Horizons!  The countdown is on: From this writing -- approximately 18 hours to view it ALL.  Go to the feed above . 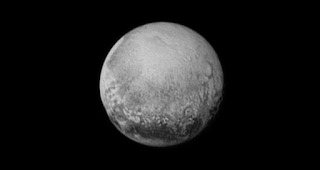